It’s funny how things work out sometimes for the better, right? It’s like something in the Universe makes sure everybody finds somebody at the exact time they needed the most. And don’t think it only applies to humans.
The kitty and cat in the images below are proof that things always find a way to work themselves out.
The little orphaned dark-striped kitty was in a delicate condition when she first came into the care of a woman named Taylor. The kitty was completely powerless and in desperate need of a mother. Unfortunately, her birth mom had abandoned her at birth, and the kitty was now at serious risk of losing her life.
Fortunately, the woman turned out to be a guardian angel and nursed her back to health. After a while, she introduced her to her other two cats, that would later turn out to be the best companions for a kitty in her condition.
The cats immediately fell in love with the tiny ball of fur, and started to treat her as if she was already a member of the family. The bigger cats made sure the kitty doesn’t get into any kind of trouble, and even guarded her while she slept.
Now, the cats are inseparable. Their favorite thing to do is cuddle against each other. They often fall asleep while holding each other, which is as adorable as can be.
To make the story even more adorable, the cats that took the kitty in are also rescued, so they probably know a thing or two about how it feels to be ignored and not taken care of.
Fortunately, that’s something none of the cats have to worry about anymore. 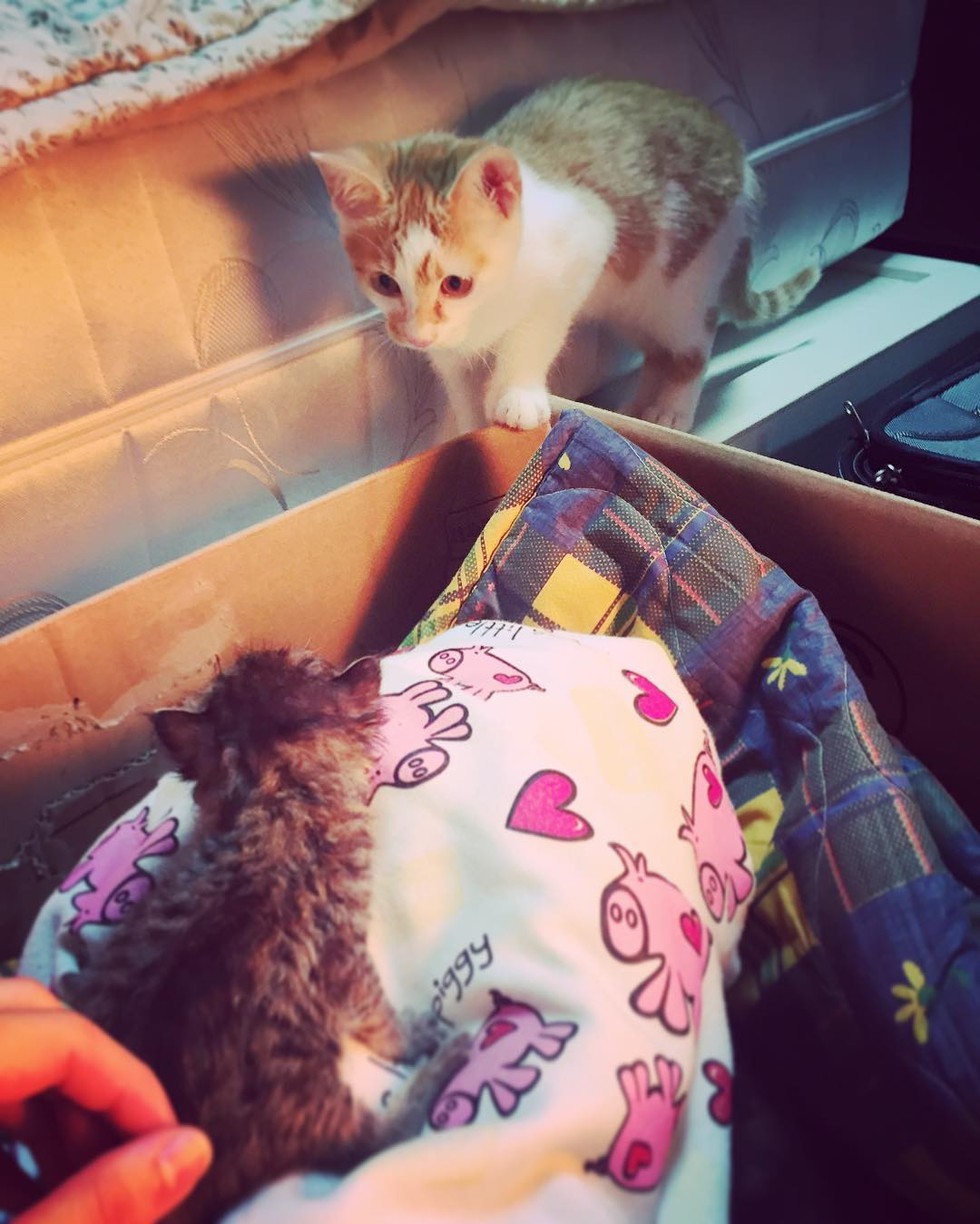 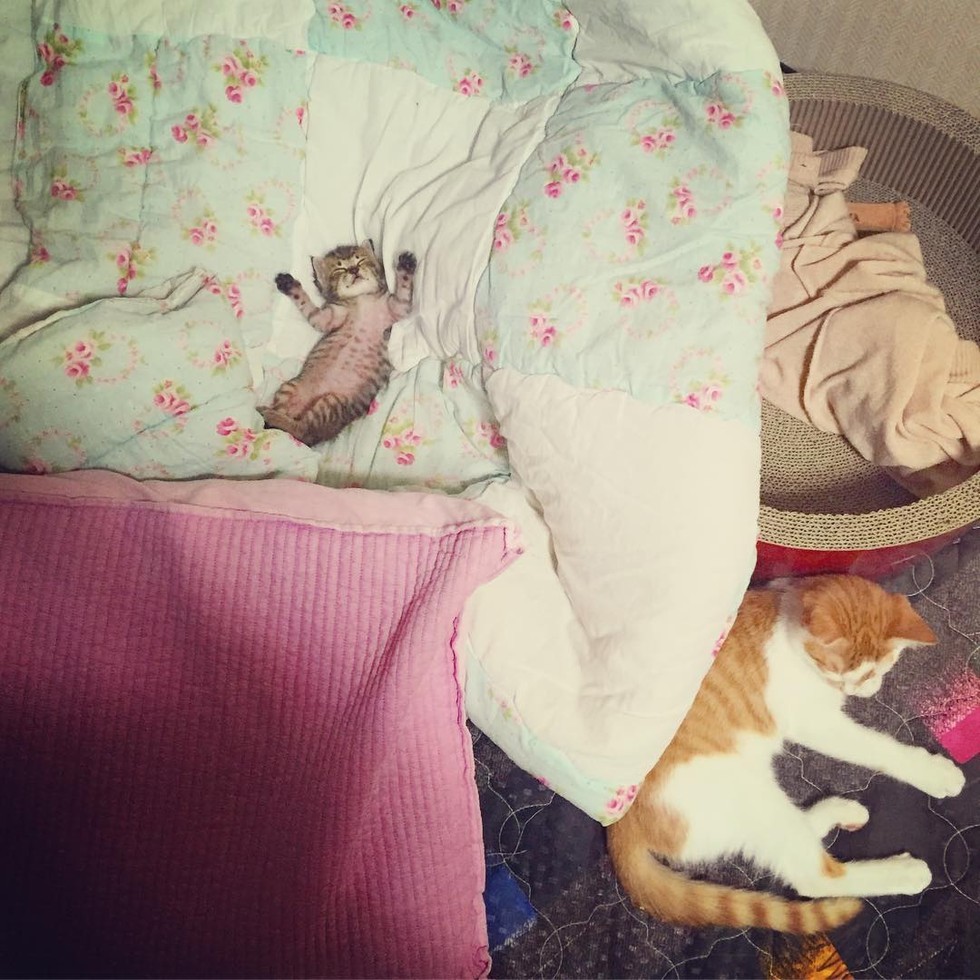 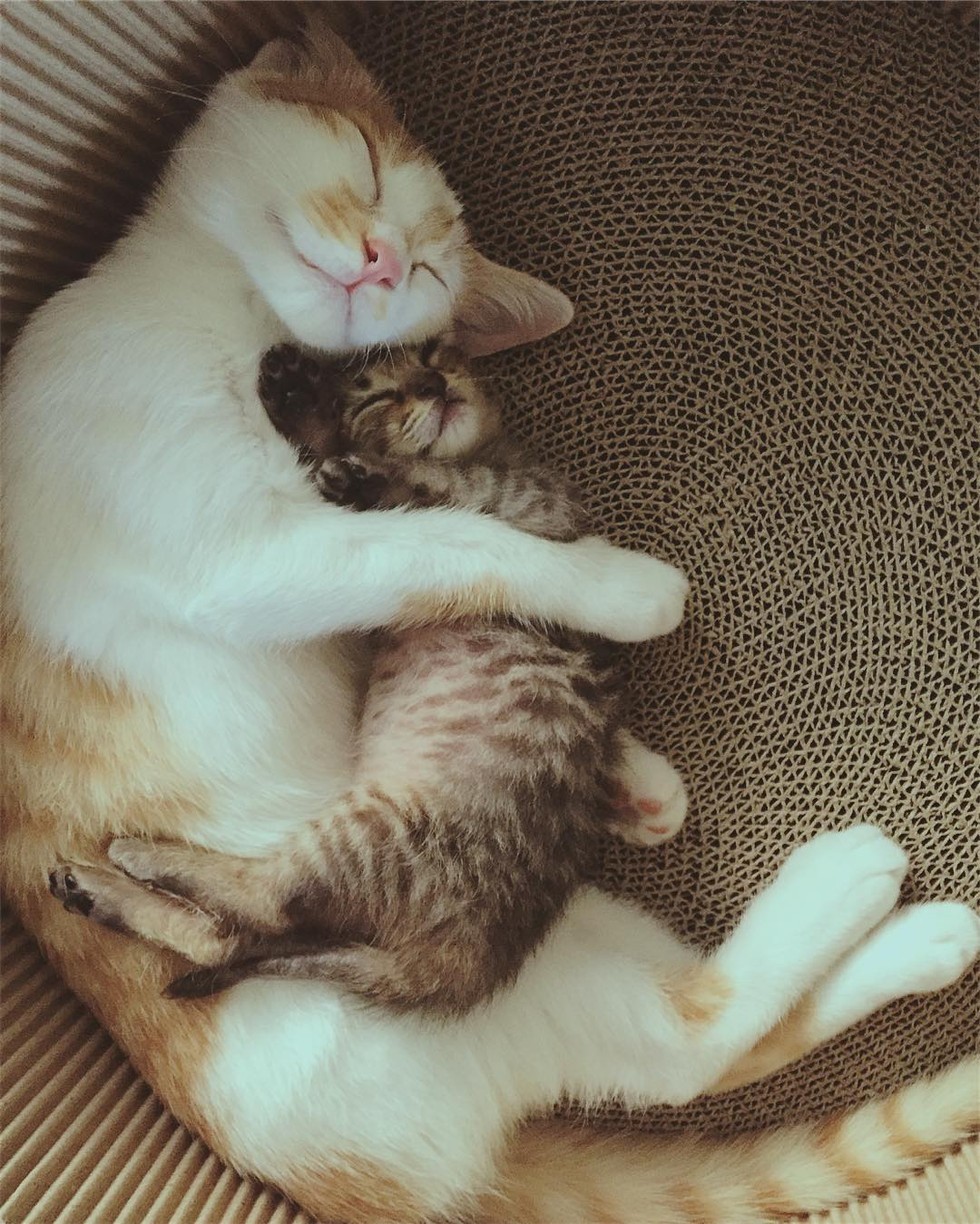 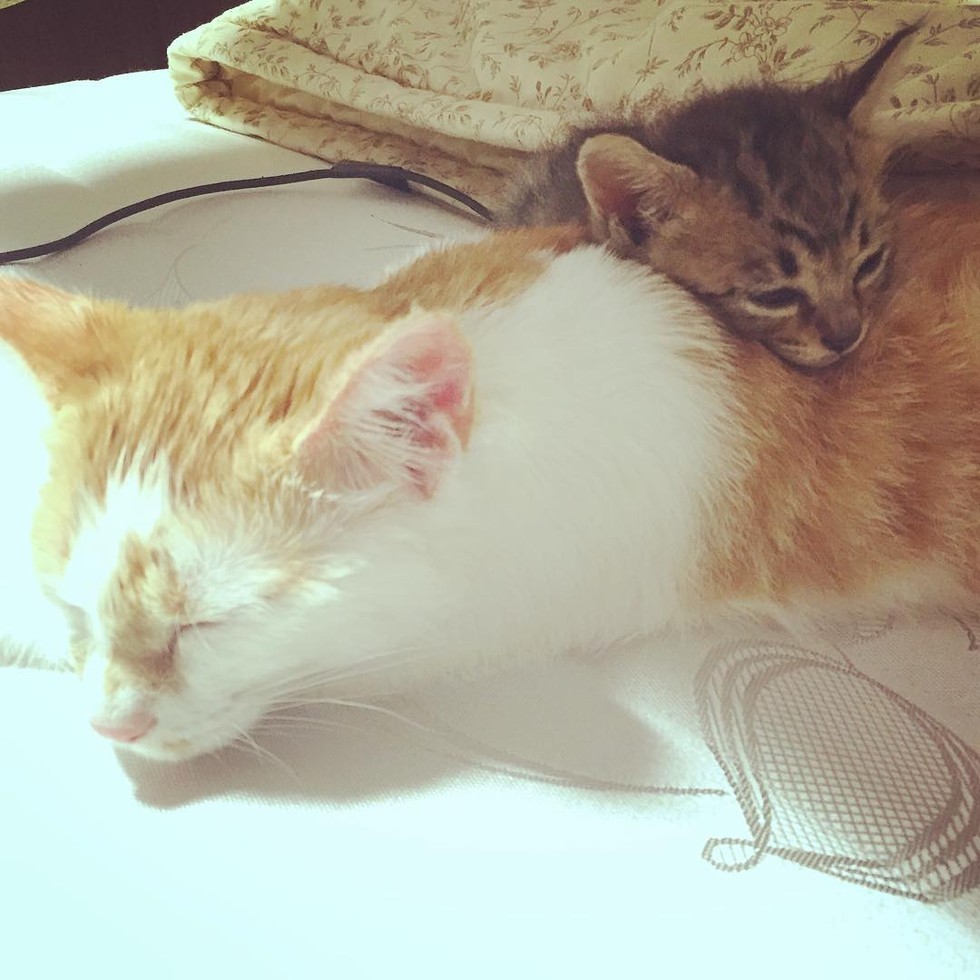 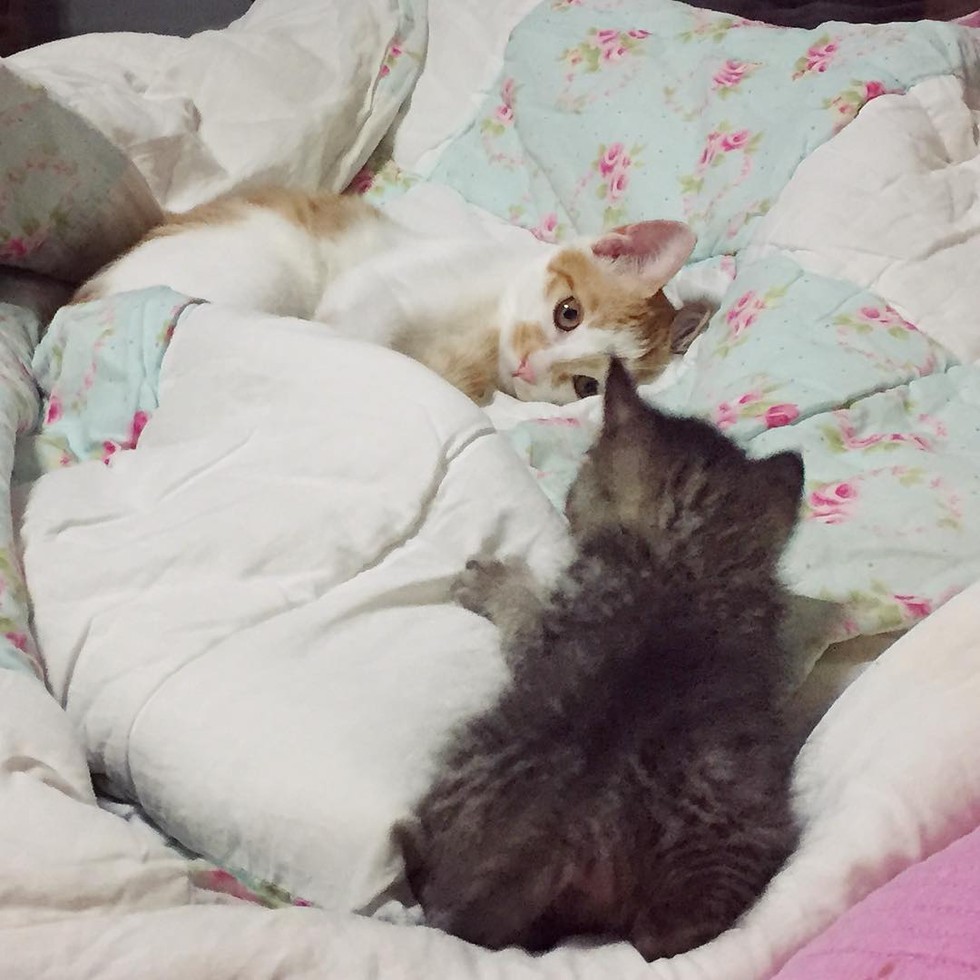 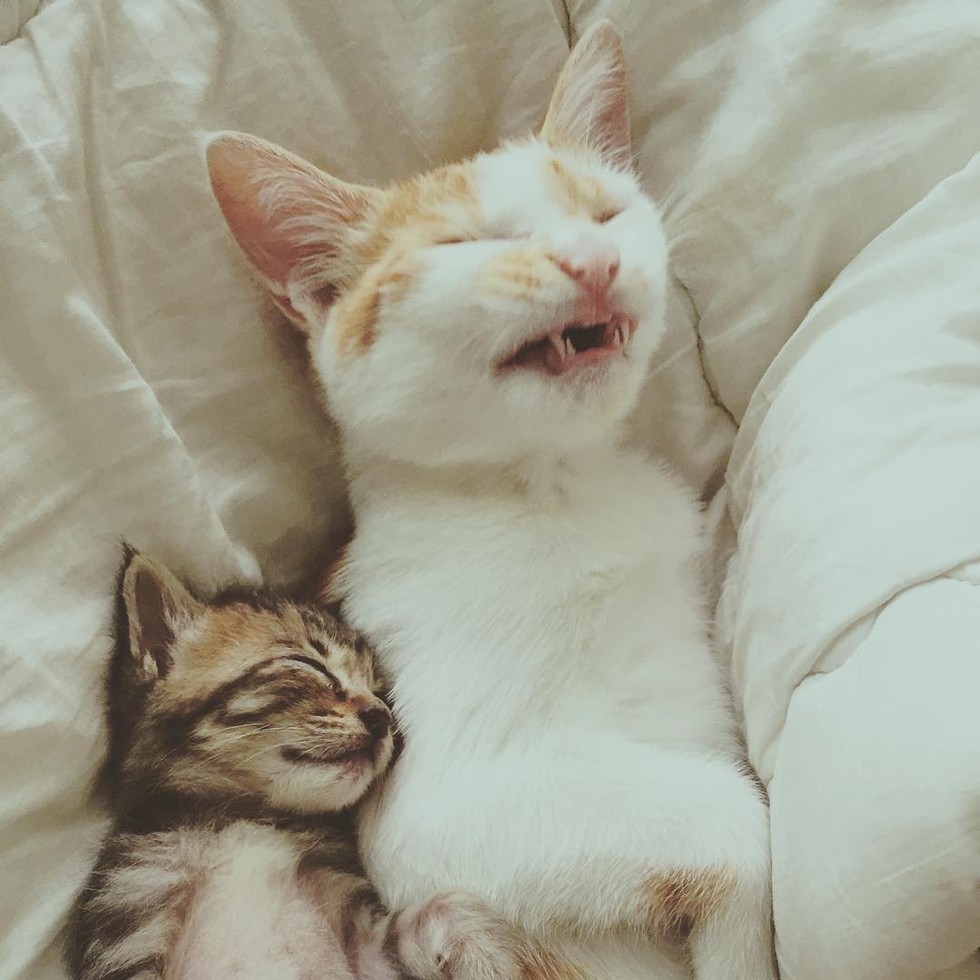 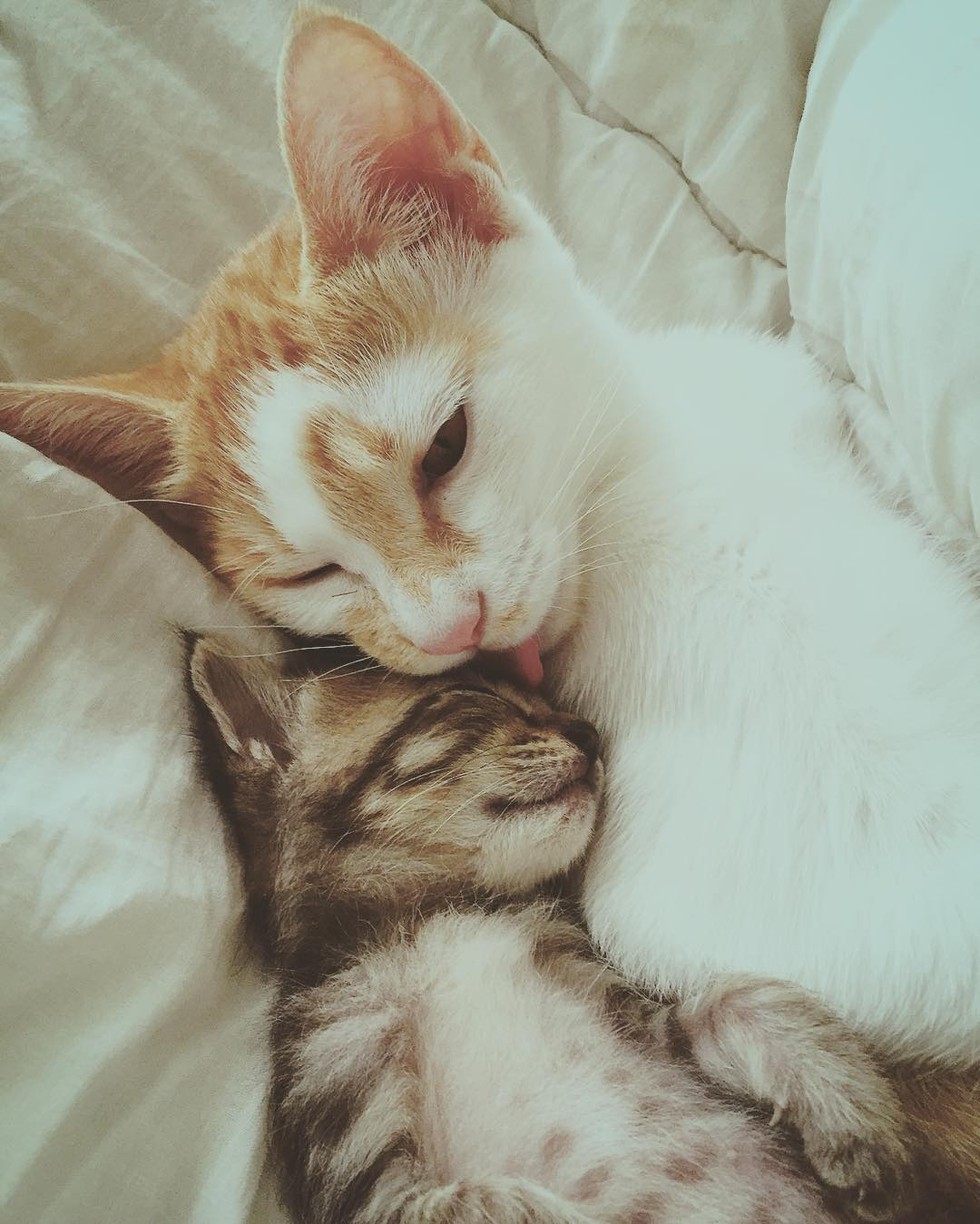 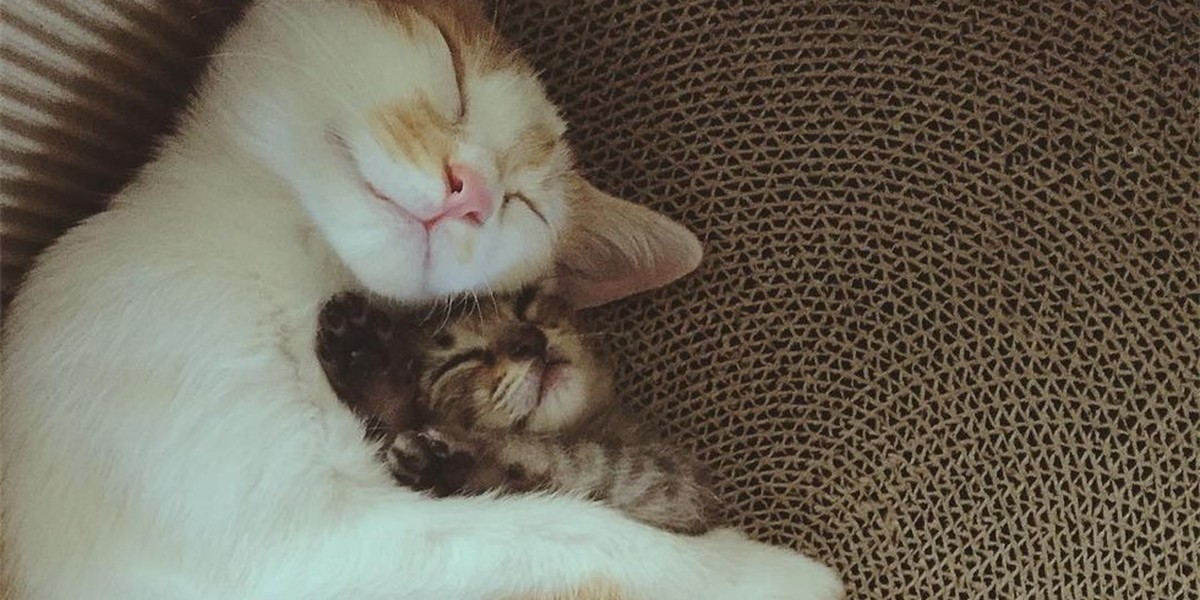