Sometimes we all just need a hug! Look at this picture! It shows one dog hugging another dog! How adorable. The two dogs had been living on the streets. They were rescued by Buddhist nuns from an undisclosed temple.

Subsequent to being saved and brought into the sanctuary, they saw that the pooches were securely attached. The bigger canine would embrace the littler pooch as they sat tucked into a corner. 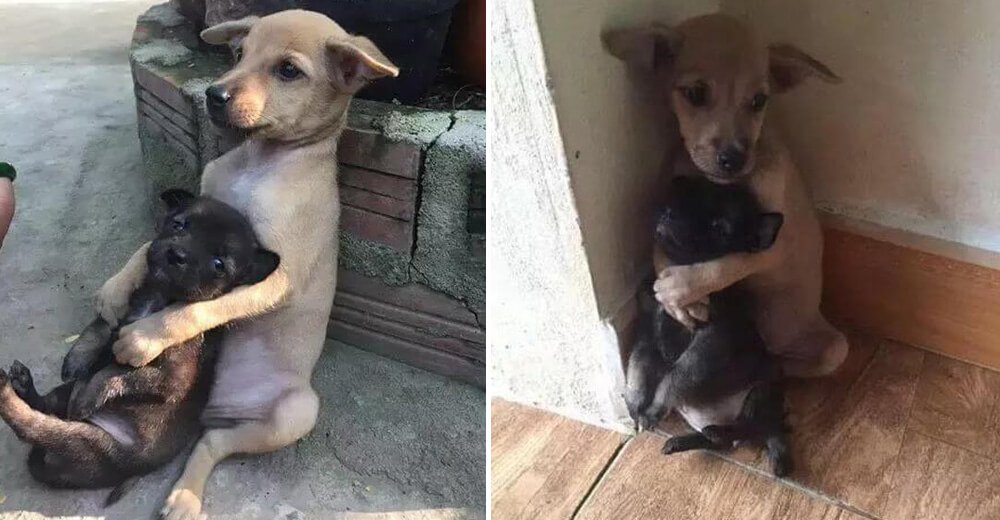 The dogs may have been feeling a little uneasy about their new surroundings. Many people, after seeing this picture worried about the dogs living on the streets – would they be able to survive?

In any case, in the meantime, they are truly not used to being around individuals either. Cheerfully, a brief timeframe after the photo was circled on online networking, an anonymous veterinarian embraced them both! The issue has been fathomed, they are off the roads for good and in a cherishing home!