But Stanton also offers a powerful rationale that opposing Trump “is no longer a political decision. It is a moral one.”

Below is Stanton’s open letter in full: 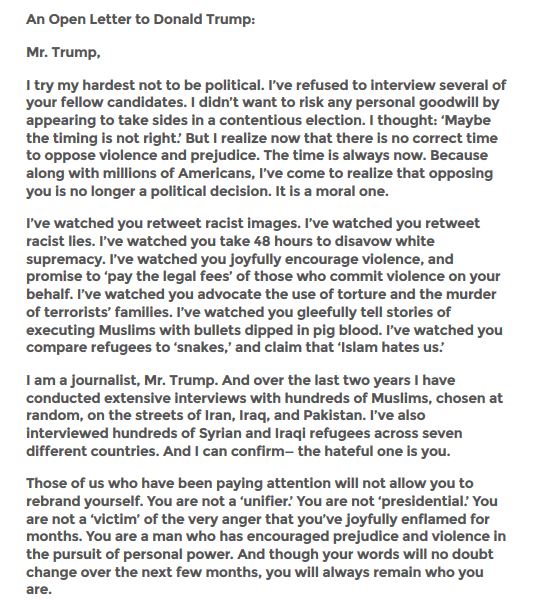