Ever watched a performance via video and thought to yourself: “Wow; I wouldn’t be able to do that in a million years”? Well, that’s most likely the feeling you’ll get while watching this incredible gymnast execute her routine as well.
Now, there’s no denying that in order to become a gymnast in the first place, you have to possess some pretty extraordinary abilities; like incredible mental strength as well as great flexibility and stamina. But the gymnast in the video below has something else that makes her stand out from the rest.
Daria Kondakova is a Russian rhythmic gymnast with a quality that makes her truly memorable: it’s her amazing rhythm and charisma that have turned her into a three-time silver medalist in the World Cup.
Born in Sochi, Russia, Daria is no stranger to the spotlight, as she has been competing professionally since she was just a little girl. She won her first gold medal at the 2006 Holon Junior Grand Prix and Calais International tournament, and her career only progressed from that point on.
Now, she is one of the most highly-acclaimed gymnasts in the world, and you’ll understand why once you take a look at her performance captured in the video below. 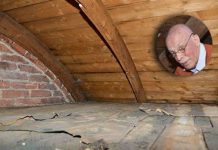