Ever felt like your dog is the bigger person in your relationship? Well, whether you like to admit it or not, you probably have. And it’s really no surprise why. Dogs are often more compassionate, more loving, and a lot kinder than we are.
Well, this dog owner took the idea of dogs being the bigger persons quite literally. The man created an entire series of photographs in which his dog looks like a giant. The result is going viral!
It all started when Christopher Cline moved from Virginia to Minnesota. It was pretty hard for Chris to leave all of his friends to start out new somewhere else, and began feeling more and more depressed each day.
The first to notice it was the man’s girlfriend who decided to give Chris a present that would make him see life in a different light. This is how Juji, an adorable Golden doodle, entered his life, and from that point on, things started to change for the better.
The two instantly became best friends and Chris started taking photos of Juji that revealed all the wonderful adventures they’ve been on together. To show just how much he loves Juji and how big of an impacted she’s made in his life, Chris decided there was no better metaphor than portraying Juji as a giant dog. This way, her size will finally match her big heart and her big personality.
Looking at these photos, you won’t have any choice than to admit that, sometimes, bigger is better. Take a look, and don’t forget to share this post with all of your friends and family who would enjoy seeing the oversized version of the man’s best friend 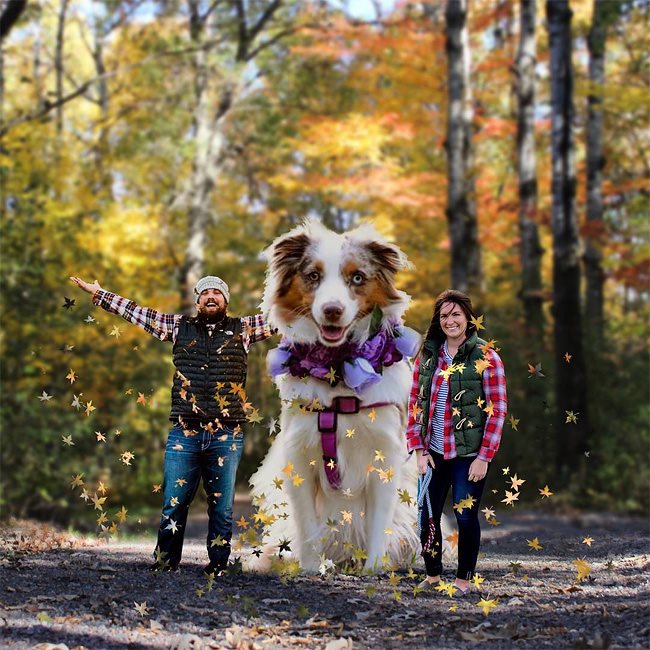 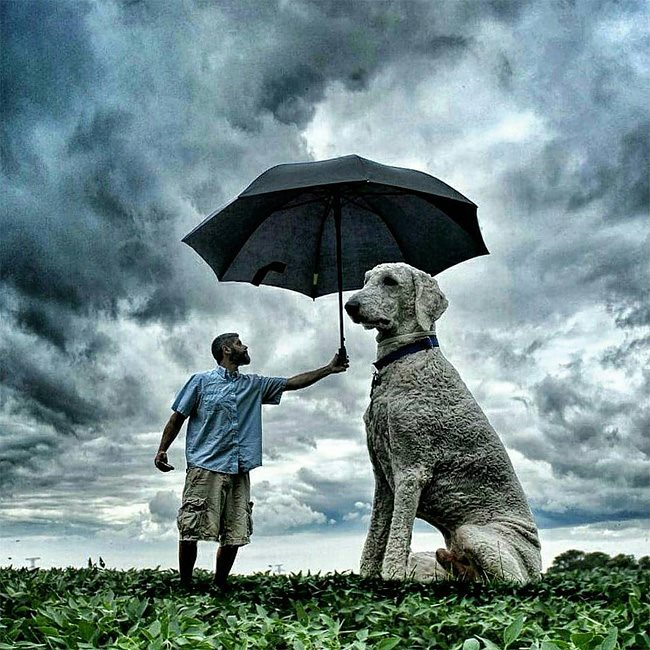 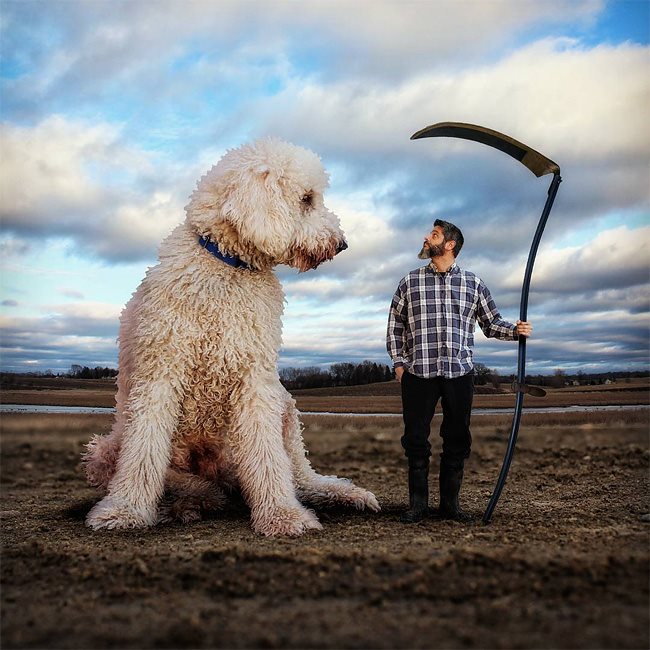 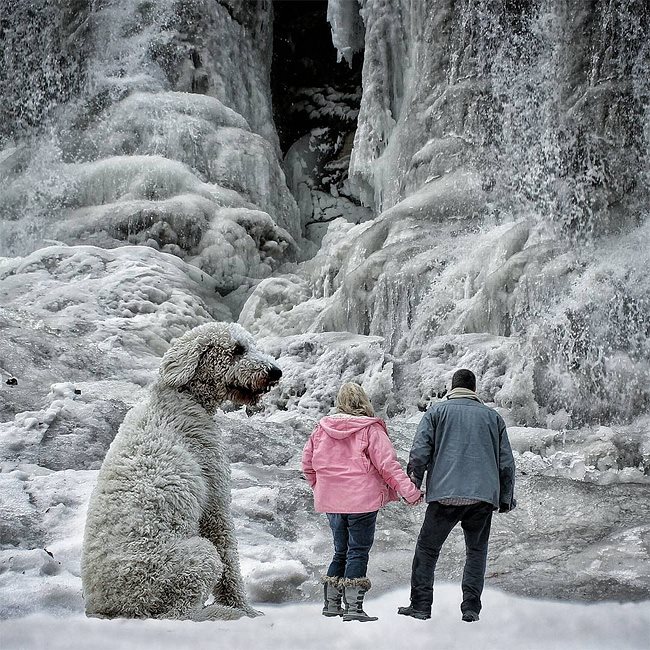 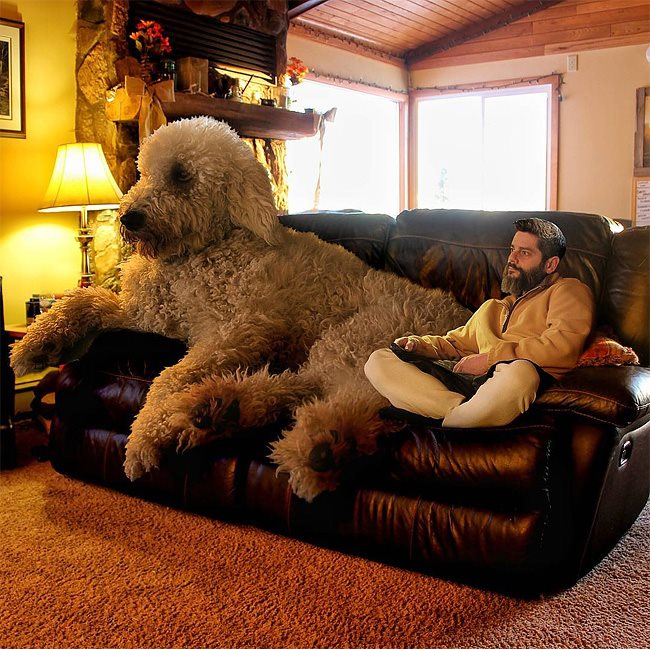 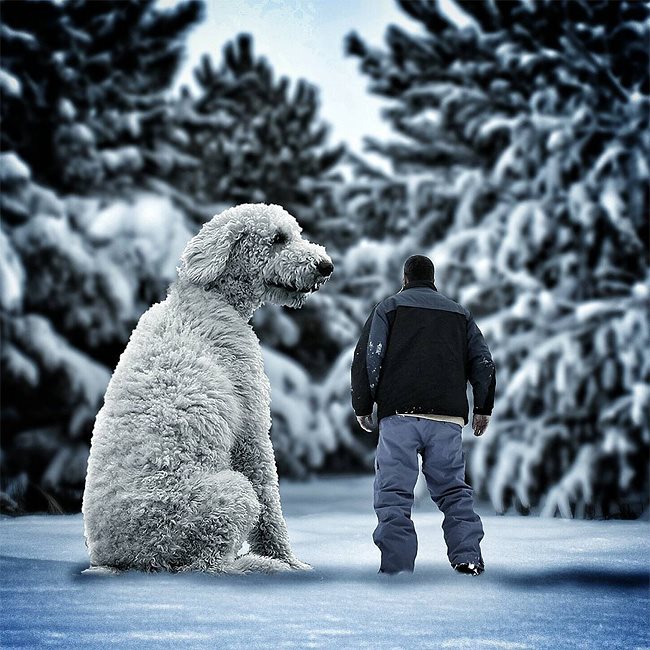 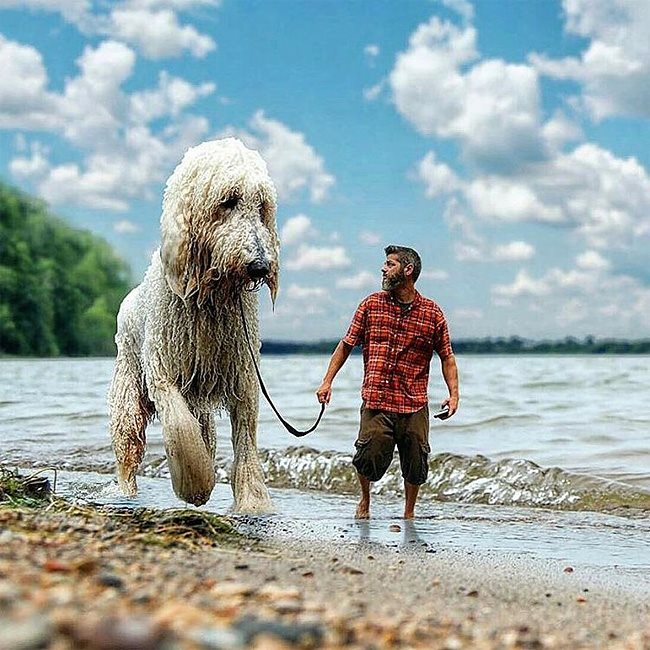 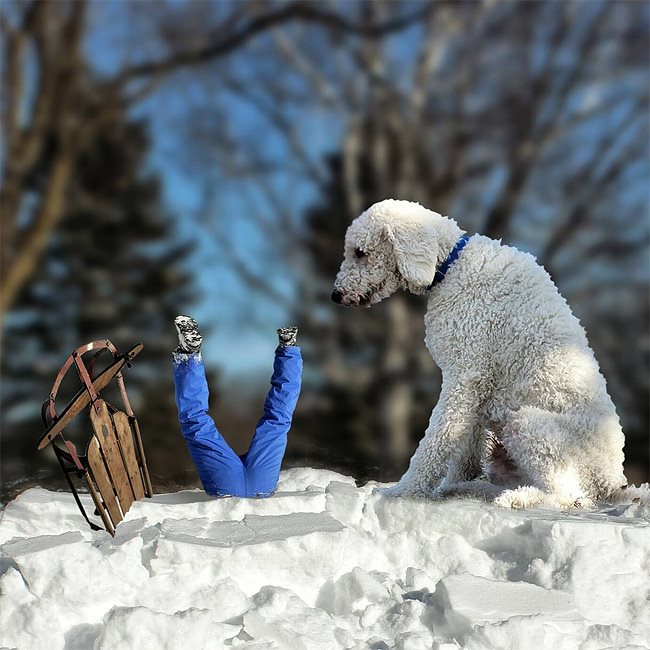 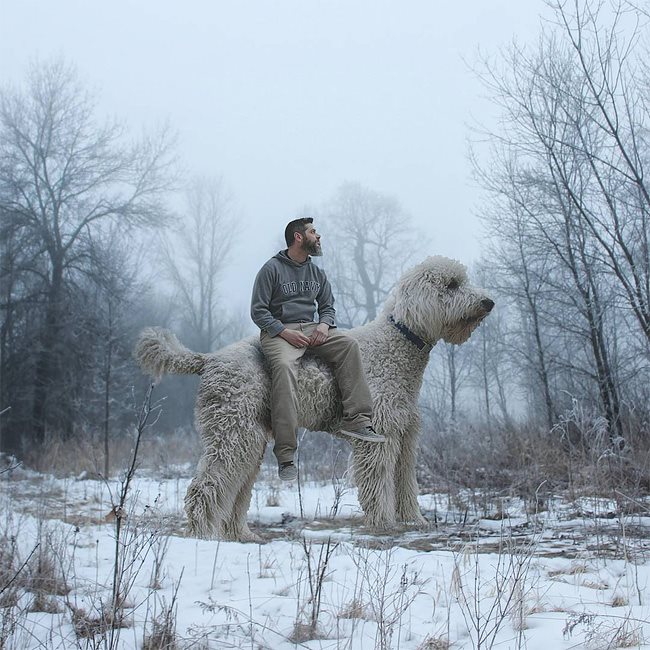 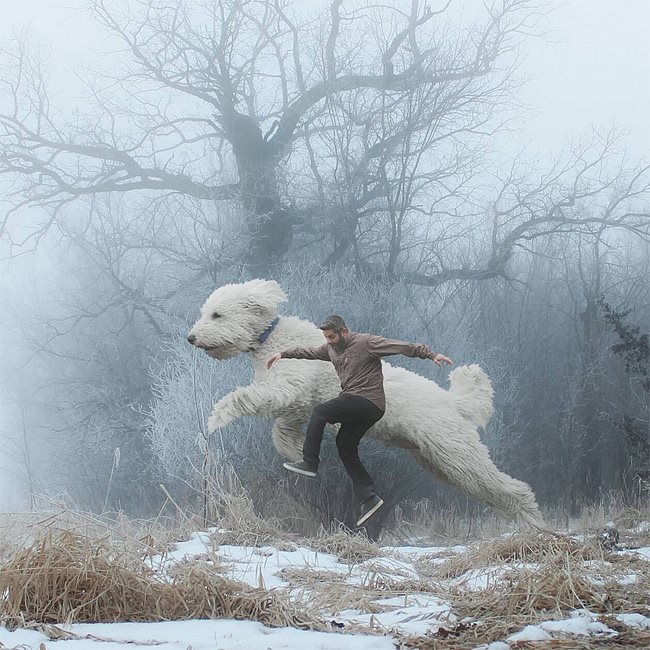 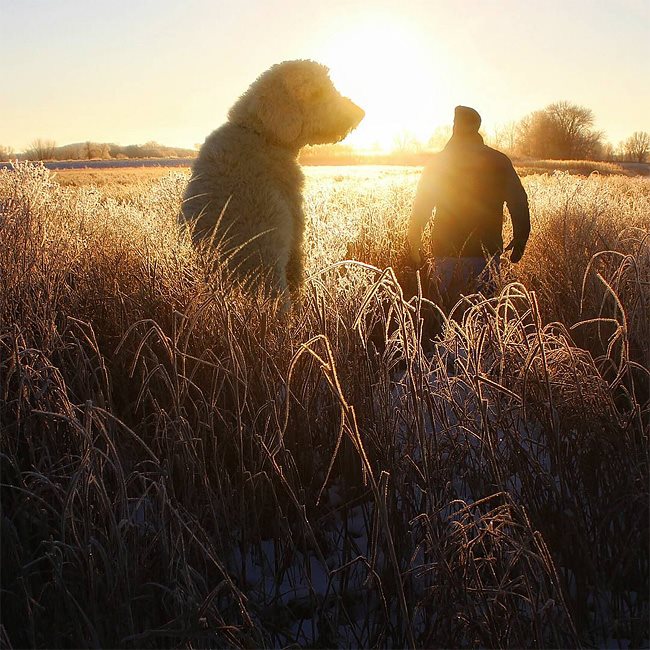 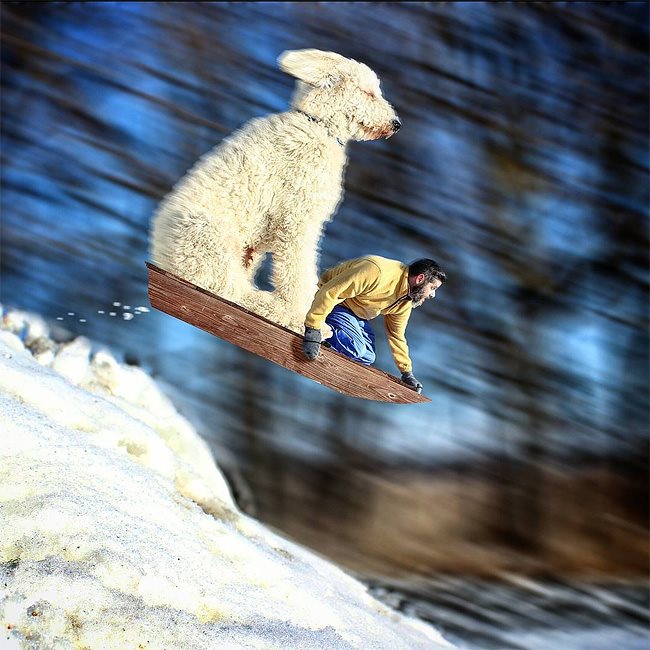 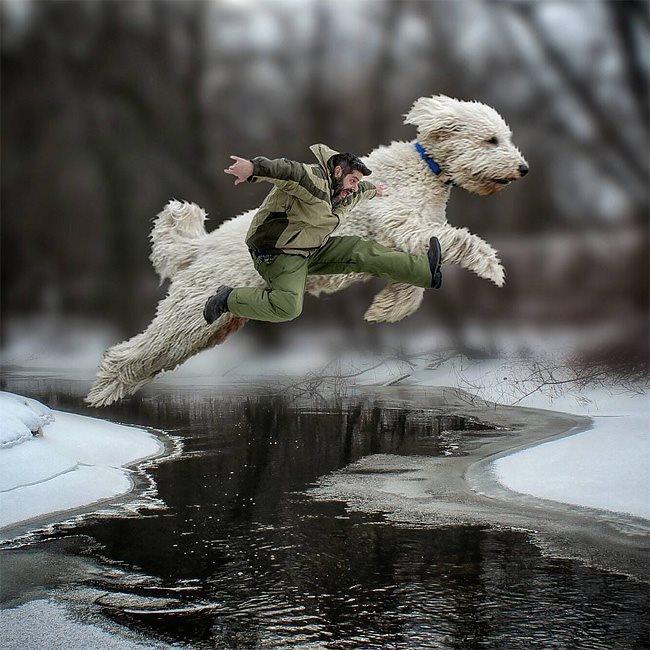 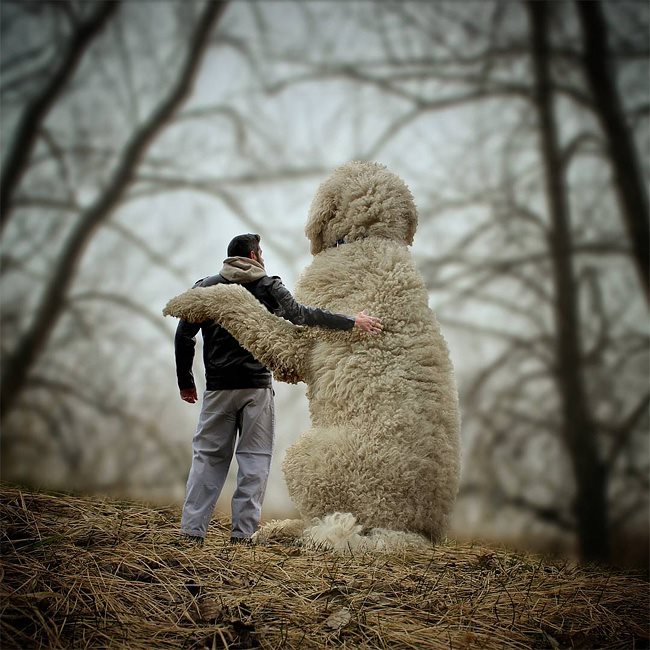